2021 was again a year with a difference. From the start we held our Registration Day at Boyle Park
with all attending remaining in their vehicles and completing registration. A new registration system
called “Foireann” was introduced at both Club and County level across the country. It was new to
everybody and naturally teething problems. Between Zooms, online training and a “few” phone
calls we thankfully got up and running. Our membership for 2021 was 140 Full Adult Members, 33
Social Members and 150 Youth (U18)
For the first 2 months, everyone was asking the 1 question – will there be games? Thankfully we had
a great year with plenty of training, games and finals. We had some Covid 19 cases but thanks to all
involved and a bit of luck, there was no outbreaks and no games or training within the Club had to
be postponed.
As per our Coaching Officer’s Report, LGFA Report and Camogie Report, it was a great year for the
Club – Congratulations to all teams but in particular the 7 teams which took Silverware to Drumgoon.
Our Coaching Officer Aogan Og thanked all coaches so we just want to thank Aogan Og. His
commitment and dedication as a coach and officer makes our life a lot easier.
From a Financial end, another year with no fundraisers but thanks to Patricia, our Treasurer, who
continued her hard work with our Lotto which is our main source of Income. Thanks also to Pauline,
Ena, Elizabeth and all who helped with the selling of Lottos when possible, to Gerry and Raymond for
helping Patricia do Lotto every Sunday, to Shane who checked our Online Smart Lotto every Sunday
night, to Sabrina for keeping us all up to date with all on Facebook and Tom for all his PRO work.
We are also grateful to all our monthly Sponsors and Supporters of our Facebook draws which went
towards our repayment on our Croke Park loan. The total operating expenses for the year was  € 50,095.
Despite no major fundraising we completed fencing around our Main pitch, upgraded half of the
lights on the training pitch and installed a new defibrillator on the wall of our Building which is easy
accessible to all users and the entire community.
Finally, we just want to say “thank you” to Stephen McGovern, Paddy Sheanon, Aiden Brazil and
Damian Clarke for working with our senior men, Aoife McDonald and Simon Gaffney for all their help
with physio, to Roseanna and Pauline for their help and advice when needed.
In conclusion 2021 was a challenging but yet enjoyable year for both of us as Chairperson and
Secretary. Thanks to everyone who helped and supported us and the Club in any way. Like all GAA
volunteers we had to make decisions this year that we never imagined possible. All decisions were
made for the best to the Club and entire community as a whole. Thanks to Drumgoon LGFA and
Drumgoon Camogie Club for working with us throughout the year. Thanks to Tony Mahon for his
continued hard work throughout the year keeping our grounds in super condition.
All we can do is Hope that 2022 will see an improvement with regards Covid19 and look forward to
lots more fun and games.
Keep positive, stay safe and Míle Buíochas

2021 was a very disappointing year on the reserve front. We were only able to field a team
in one league game and missed out on the semi finals of the championship. The main reason
for the non fulfilment of league fixtures was due to an unprecedented amount of injuries on
the senior team, meaning many junior players were playing regularly with the seniors. With
3 new players coming up from the minor ranks, and many players returning to pay for the
u20s, it is hoped that our reserves will make a resurgence in 2022. Thank you to all the
players and to Damien Clarke for managing the team.

This year saw a big restoration of pride back in the Drumgoon jersey. After a poor showing
last year, the squad put in some huge performances throughout the league and
championship and gave everyone hope that once again Drumgoon can compete with the
best. Under the guidance of Stephen McGovern , Paddy Sheanon and Aiden Brail it was clear
to see from the outset that 2021 was going to be a lot different to the previous year. The
team were organised, accountable and motivated. A large injury list did not dampen the
enthusiasm or effort throughout the league, where Drumgoon competed ferociously in
every game. Work rate and heart were there to be seen for all throughout the
championship. Luck deserted Drumgoon at crucial times in games that we should have won.
Many young players experienced the cut and thrust of championship football for the first
time and it is clear that under Stephen McGovern, this team is going to keep improving with
every game. We look forward to seeing them take the field again in 2022.

In attendance: Jimmy O’Reilly, Margaret Hughes, Patricia Quinn, Roseanna Clarke, Gerry Hughes,
Damien Clarke, Aogan Og Farrell, Aogan O’Fearghail, Darren Lavery, Ena Clerkin, Tom Farrell, Sabrina
Shalvey, Jim McNally, Derville McDermott, Patrick McBride, Donal Murphy, Martin Hughes, Benny
McIntyre, Raymond Quinn, Fr Michael Gilsenan and Danny McQuillan
Apologises: Gerry Carragher, Patsy Boyle, Pauline O’Reilly, Roseleen and Seamus Fox.
Jimmy opened meeting, welcomed all and asked Fr Michael to lead us with a prayer before
continuing with our AGM for 2021.
Minutes of our AGM 2020 were already received by email to all and were proposed by Tom Farrell
and seconded by Darren Lavery.
Secretary Report, Coaching Report, Camogie Report and LGFA Reports were also already sent to all –
they were ALL proposed by Aogan O’Fearghail and seconded by Gerry Hughes.
Margaret informed all off apologises as above and the following messages.
Gerry Carragher sent a message of “ Congratulations” to all the Committee, Coaches, Managers,
Players and in particular the senior ladies football and camoigie teams who both won County finals.
Our President Patsy Boyle sent his apologies, thanked all involved for their continued commitment
and hard work and wished everyone well in the coming year.
Chairperson Report:
Jimmy stated what a year for the Club – 7 Cups and great all round team performances across the
board and proud to be involved with the success. As he said all everyone has to do is read the
reports. U12 girls – won summer league, U13 boys– won league and championship, U17 boys won
league, U15 camogie won Div 1 Championship, Senior LGFA won Junior Championship and Senior
camogie won Junior championship. Every Club member should be proud to be involved with all the
success.
Over the past 2 years it was not as simple as previous years with having to deal with Covid
guidelines/restrictions. With Government restrictions and GAA guidelines, we had a lot of new
measures to put in place, and they were all met head on. It is not just luck that we didn’t have an
outbreak of Covid cases within the Club, it was through the hard work from members of the
committee, players, parents and all involved. A massive thanks to Patricia, Pauline, Ena, Derville and
Roseleen for sanitizing and keeping record of Health questionnaires.
A Special thanks to our secretary Margaret who kept a close eye on all, especially with emails to
keep up to date with the ever changing rules and regulations which Covid brought.
Thanks to Damien for keeping us all on our toes and keeping us moving in the right way on
development of our grounds and improving our facilities.
As Chairperson always learning you need help and advice so last but definitely not least “thanks” to
Aogan Senior and Roseanna for all your help and advice during the year. Your chats, cups of tea,
friendship and knowledge is very much appreciated.

Motions/Recommendations: None
Meeting concluded with a prayer as we remembered all deceased members of Drumgoon
Eire Og. 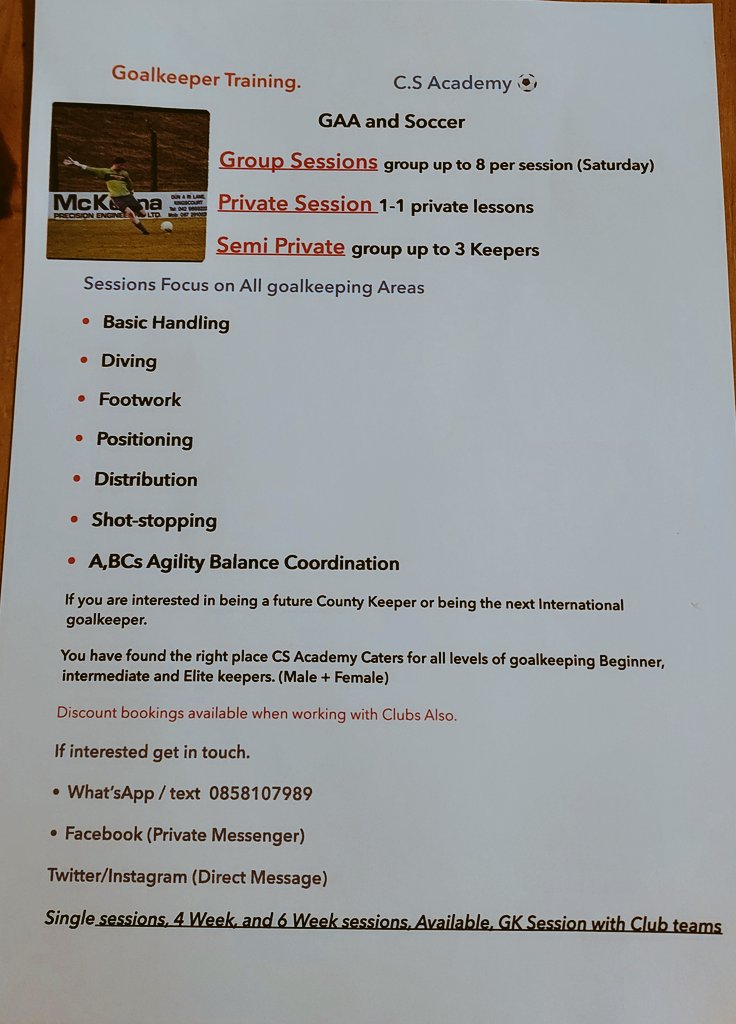