Drumgoon got off to a flying start with a well taken point from Paddy Smith after a great team effort. They continued to dominate the first half, as they dominated midfield and played some great possession football. Well taken points from Conall Farrell and Keith Fannin seen them go into half time leading on a scoreline of 12 points to 5. Laragh made a strong comeback in the second half, with Paul Smith leading the way for them. A goal from a penalty reduced the deficit and immediately from the kickout Mick Mc Donald drove through the Laragh defence and shot to the back of the net, much to the delight of the large Drumgoon support.  A Laragh goal in injury time led to a few nervous minutes, but Drumgoon deservedly held out for the victory.
Anglo Celt report:- A storming first half display formed the springboard to allow Drumgoon upset the odds in Kingscourt on Saturday night last in what was an exciting IFC clash. Drumgoon took just 14 seconds to open the scoring with Paddy Smith splitting the posts in a confident and composed style from 30 yards and from there to the finish, the underdogs were clearly the better team. Buoyed by their ACFL Division 3 title success a weeks previous, Drumgoon played with a spring in their step, and after some patient quality combination play, Mick Mc Donald swung over the Laragh bar with a trademark left footed shot in the 5th minute. Laragh failed to match Drumgoon’s zest or work rate but a strong run by Jack Mc Kenna aided by good work by Sean Tierney did result in United breaking their duck through Paul Smith. Tierney and Smith combined again for the latter to make it 0-02 apiece with seven minutes on the clock and for the latter to fire over on the run. Keith Fannin then had a shot parried by the Laragh keeper, before Paddy Rudden’s fine pont gave united the lead for the first time in the game albeit against the run of play. Good fielding by Shane O’ Rourke ended with the in form Smith making it a hat rick for himself as Laragh opened up a  two point lead by the end of the opening quarter. The direct running of Paddy Smith resulted in a free which Keith Fannin pointing and when Caloan Jackson laid off the ball to the waiting Shane Smith, suddenly it was level again, 0-4 apiece with 18 minutes on the clock. Shane Smith hit the target to give the Eire Og side the lead by the odd point in nine after 19 minutes in what was a free flowing and entertaining contest.  Conall Farrell’s free made it five in a row for Drumgoon and Fannin’s classy outside of the foot effort in the 22nd minute made it 8 points to 4. It seemed that everything Drumgoon touched turned to gold but in a rare attack Laragh’s Paddy Rudden fed Oisin Carolan but the latter scuffed his shot diagonally into the shins of the prostrate Smith in the Drumgoon goal after 24 minutes, Caolan Jacjson Mc Cabe added a point to the unerring underdogs growing tally bafore Paul Smith gave Laragh some hope by making it 5 points to 12, at the interval. Drumgoon defended the town side of the pitch in the second half but their modus operandi saw them go on the attack on the re-start and a converted free by Conall Farrell in the 31st minute made it an eight point margin. Conor Moynagh was then yellow carded for a foot block on Paul Smith and from the resulting penalty Sean Tierney made 1-07 to 15. However, less than 90 seconds later Mick Mc Donald goaled to wipe out the penalty. With ten minutes to go a Fannin free extended the lead but Laragh came racing back with a Paul Smith free,after good work by Tierney cut the deficit to 4, and 4 minutes left. Paddy Ruddens  well taken goal and 60 minutes and time up then unbelievably left just one point between the sides. Moments later a second yellow card was dished out to Mick Mc Donald, but it didnt matter, as seconds later the long whistle sounded. 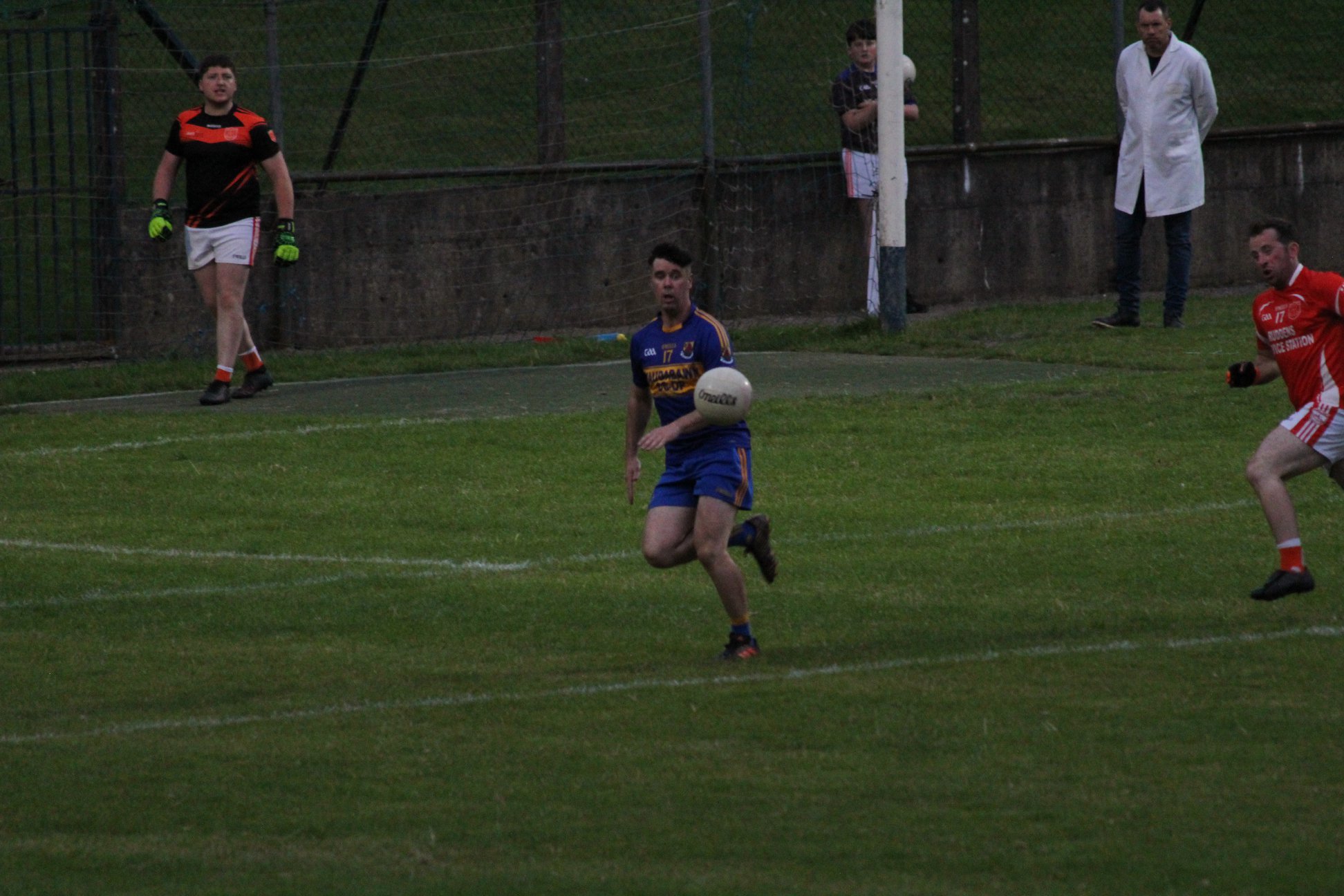 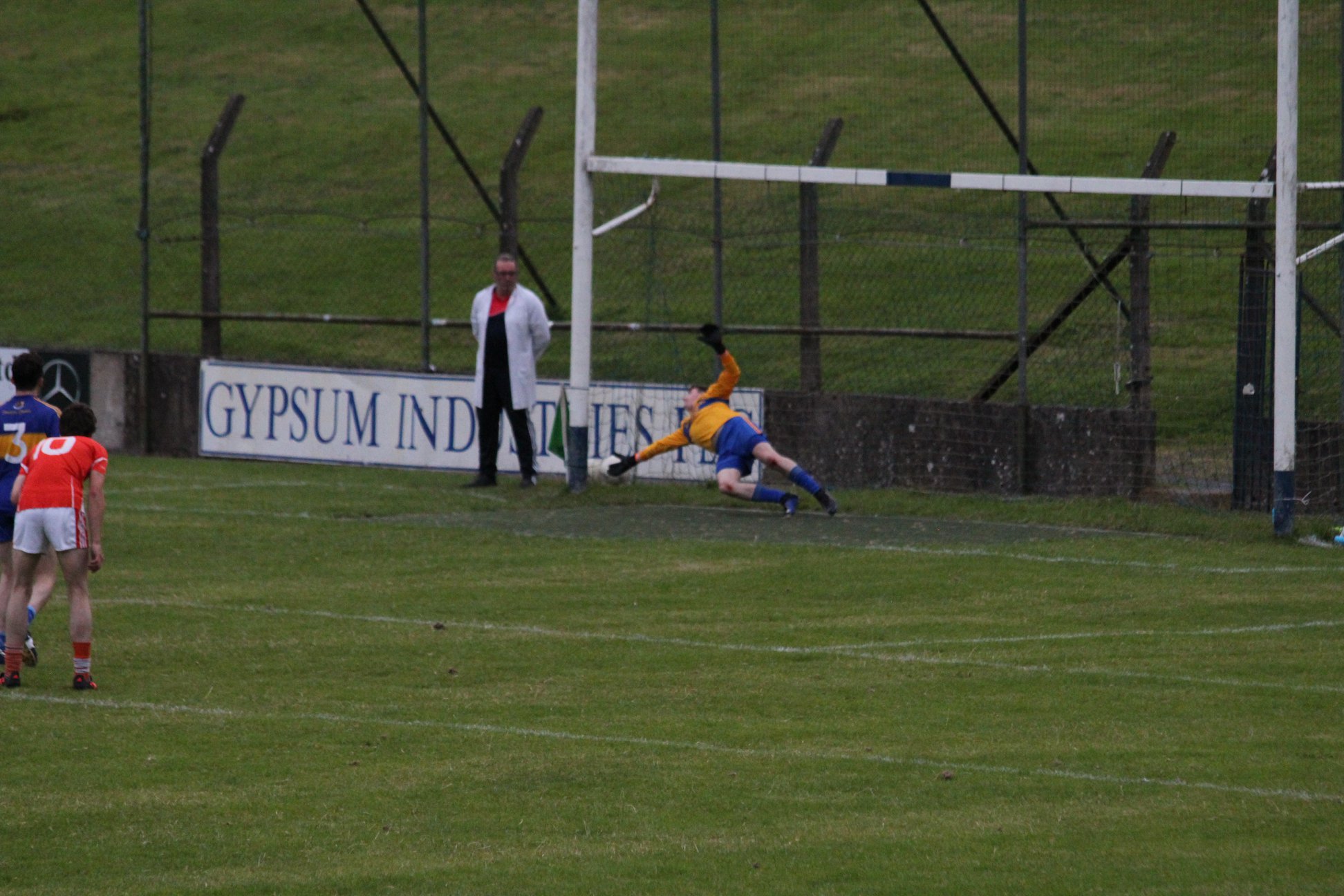 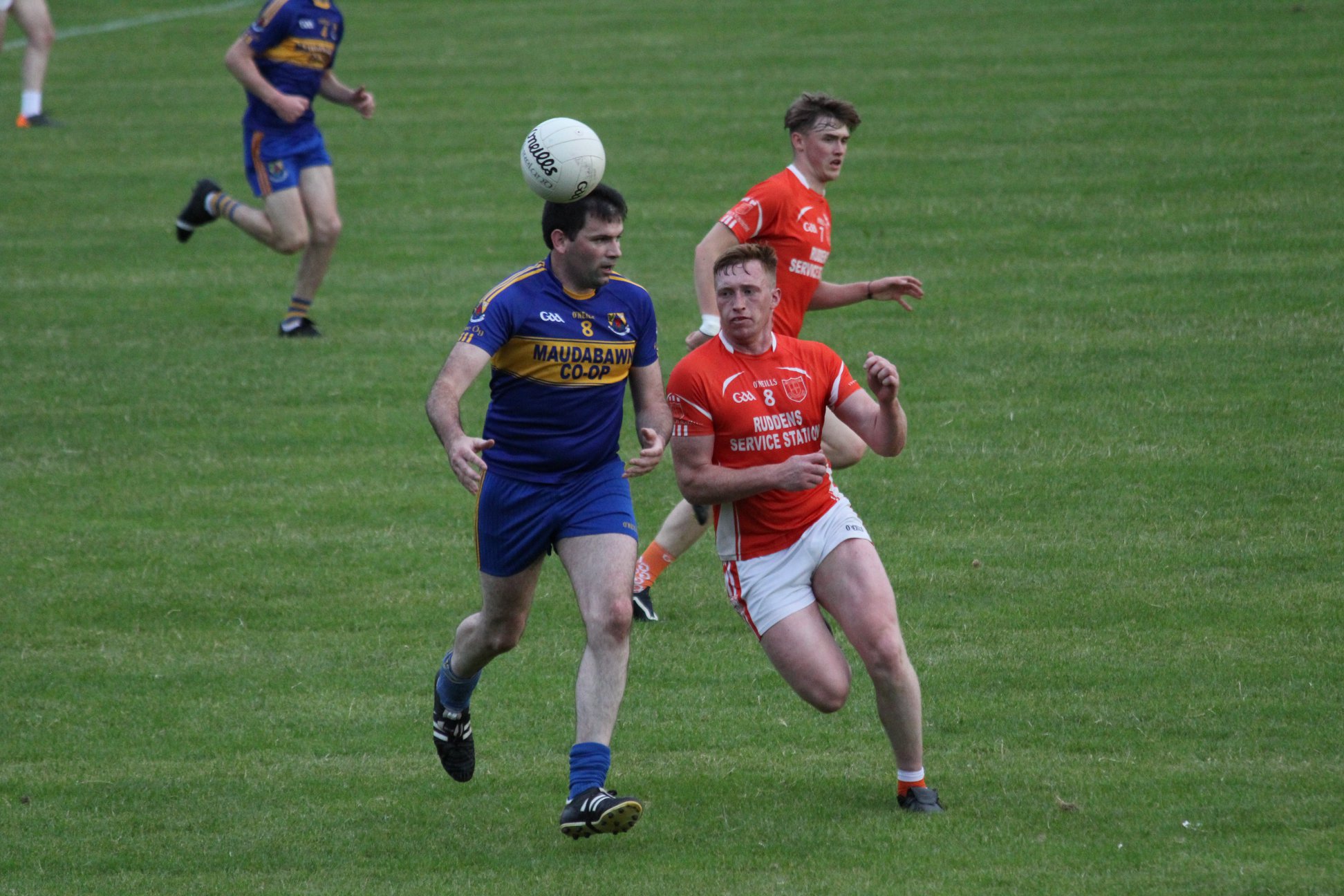 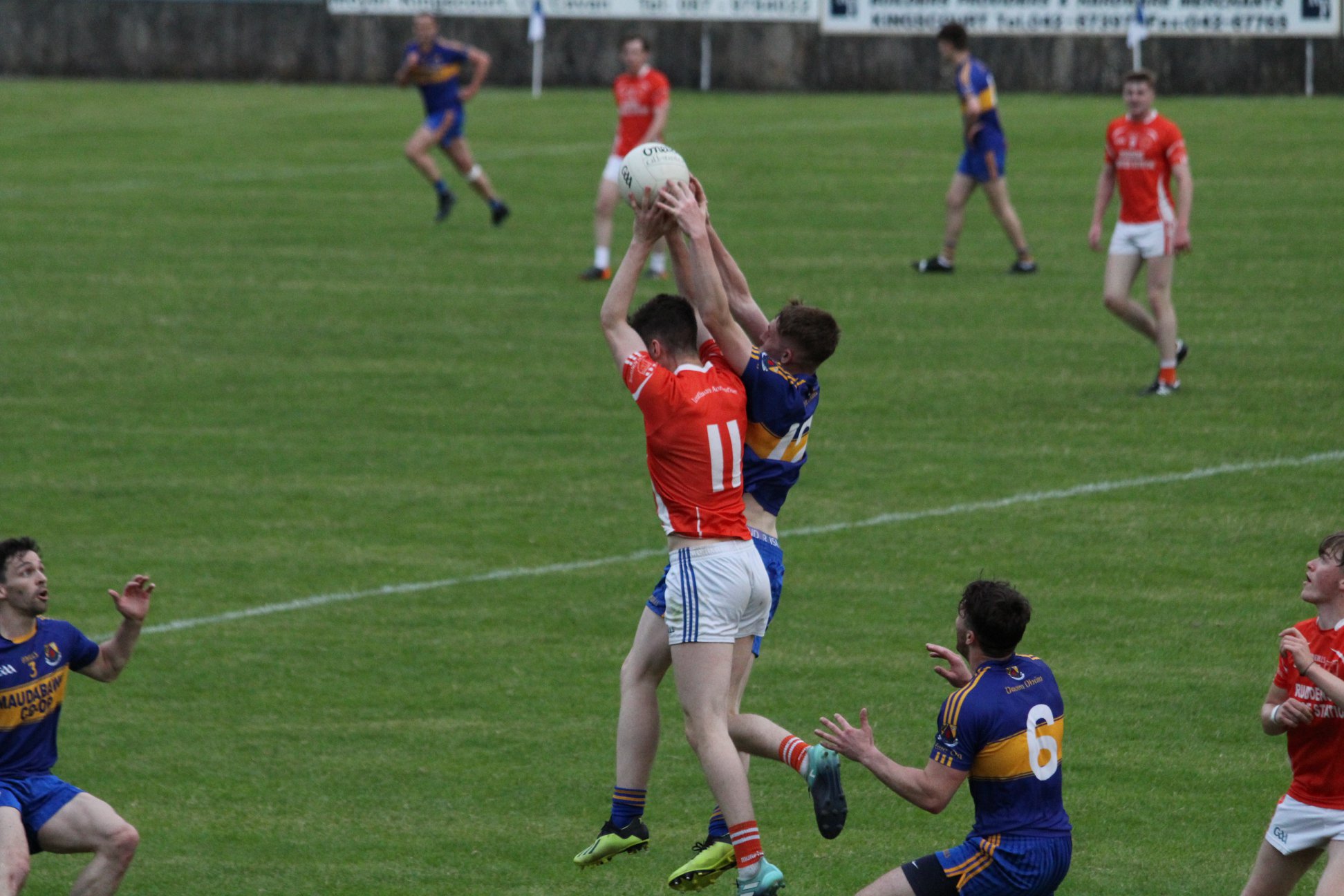 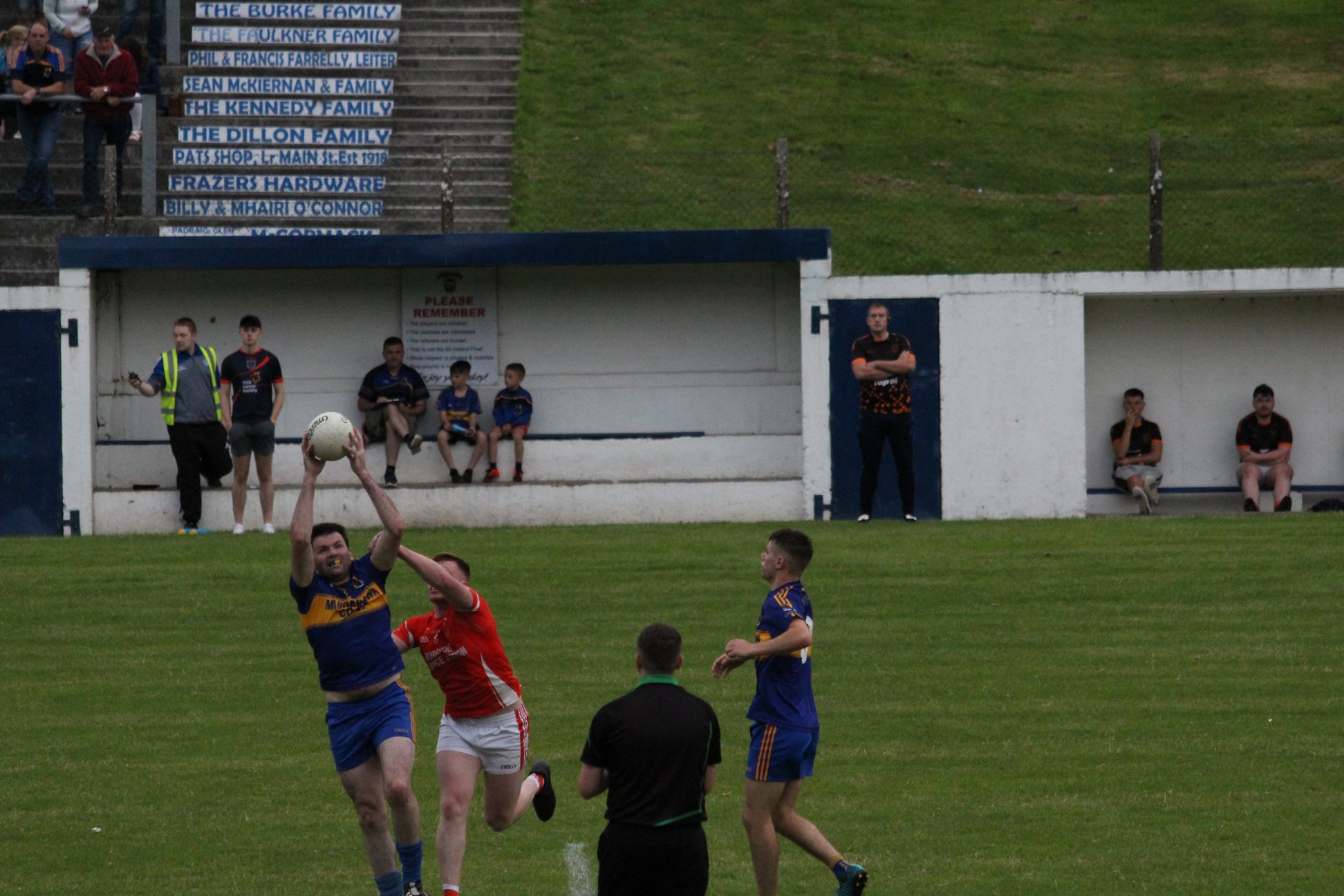 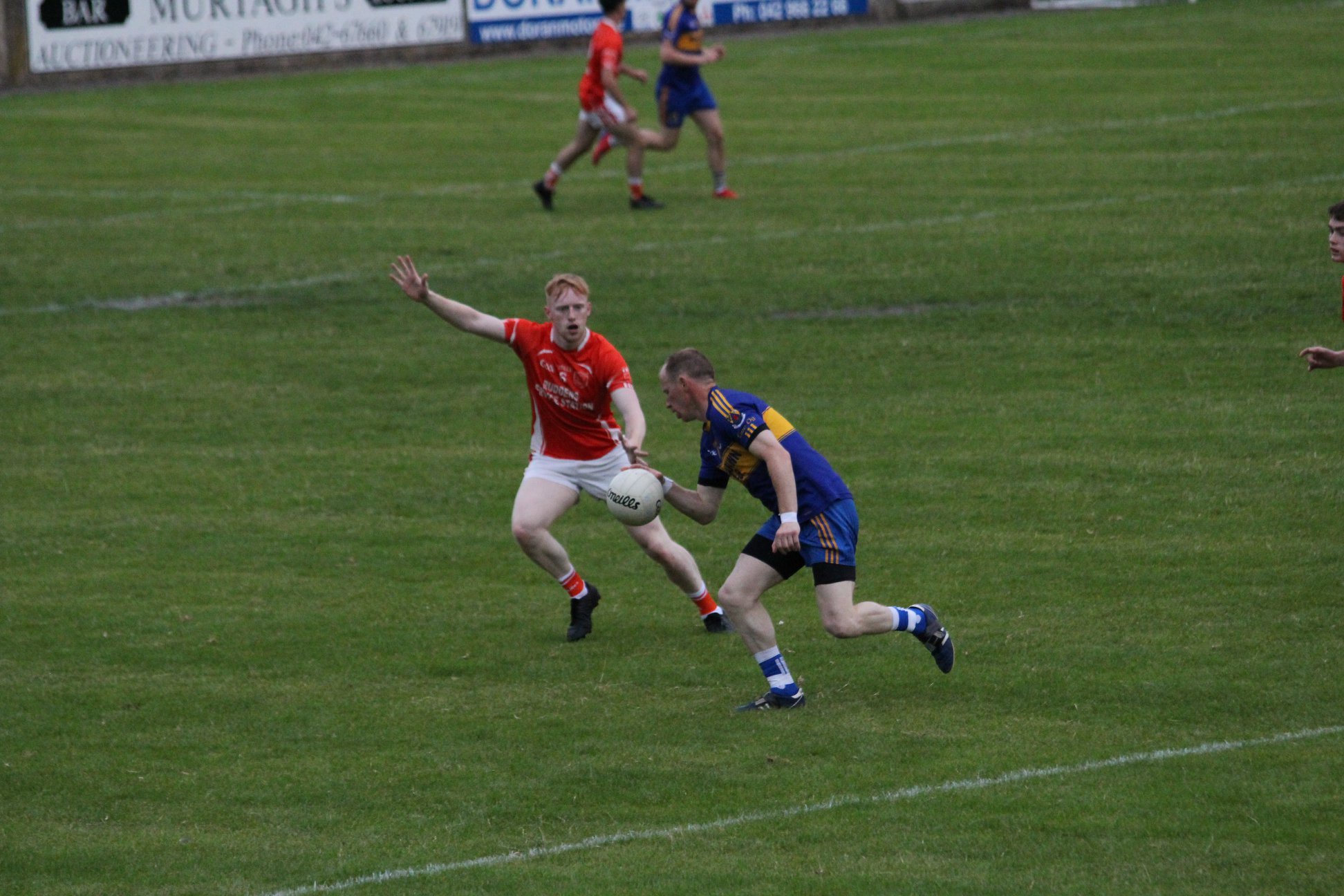 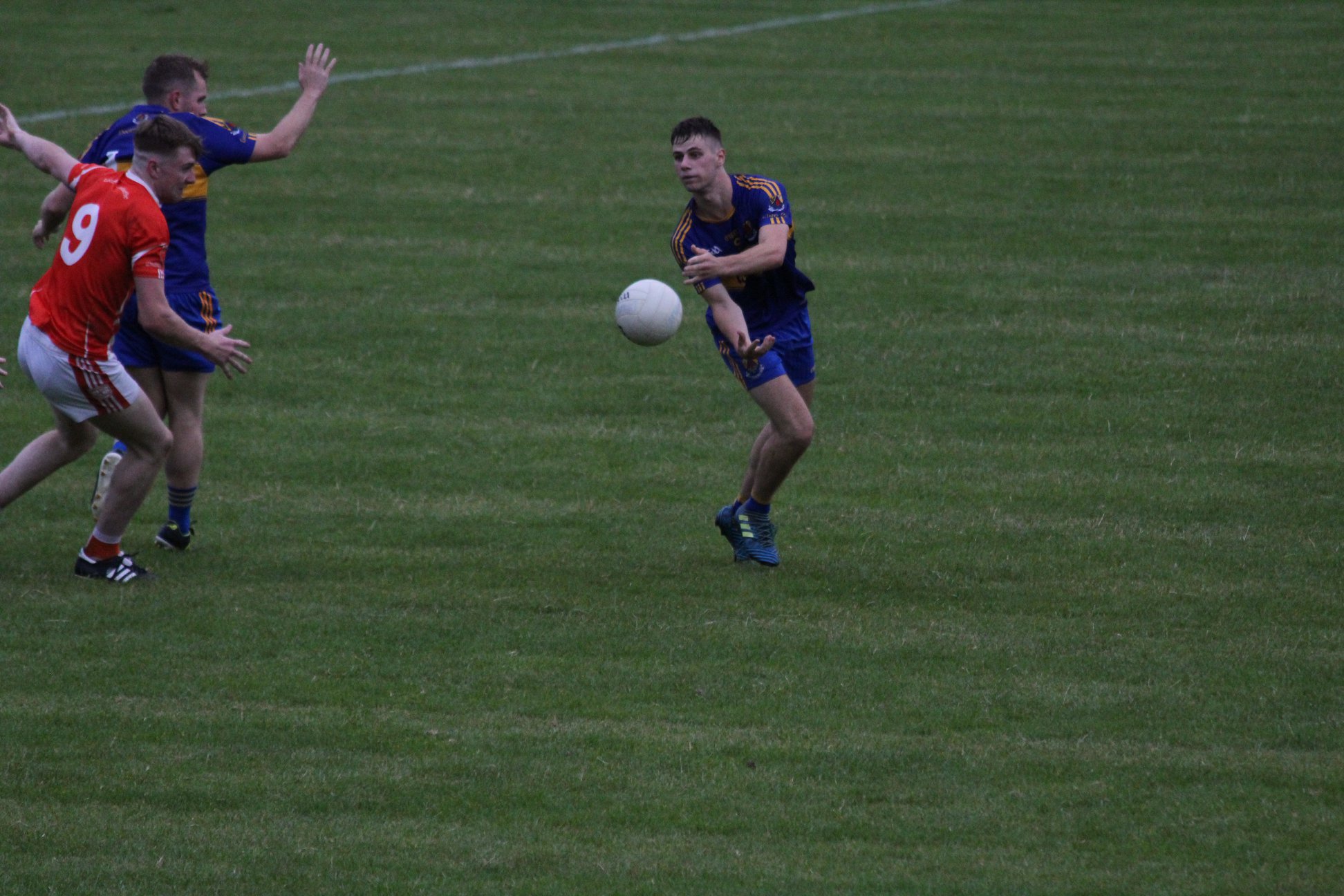 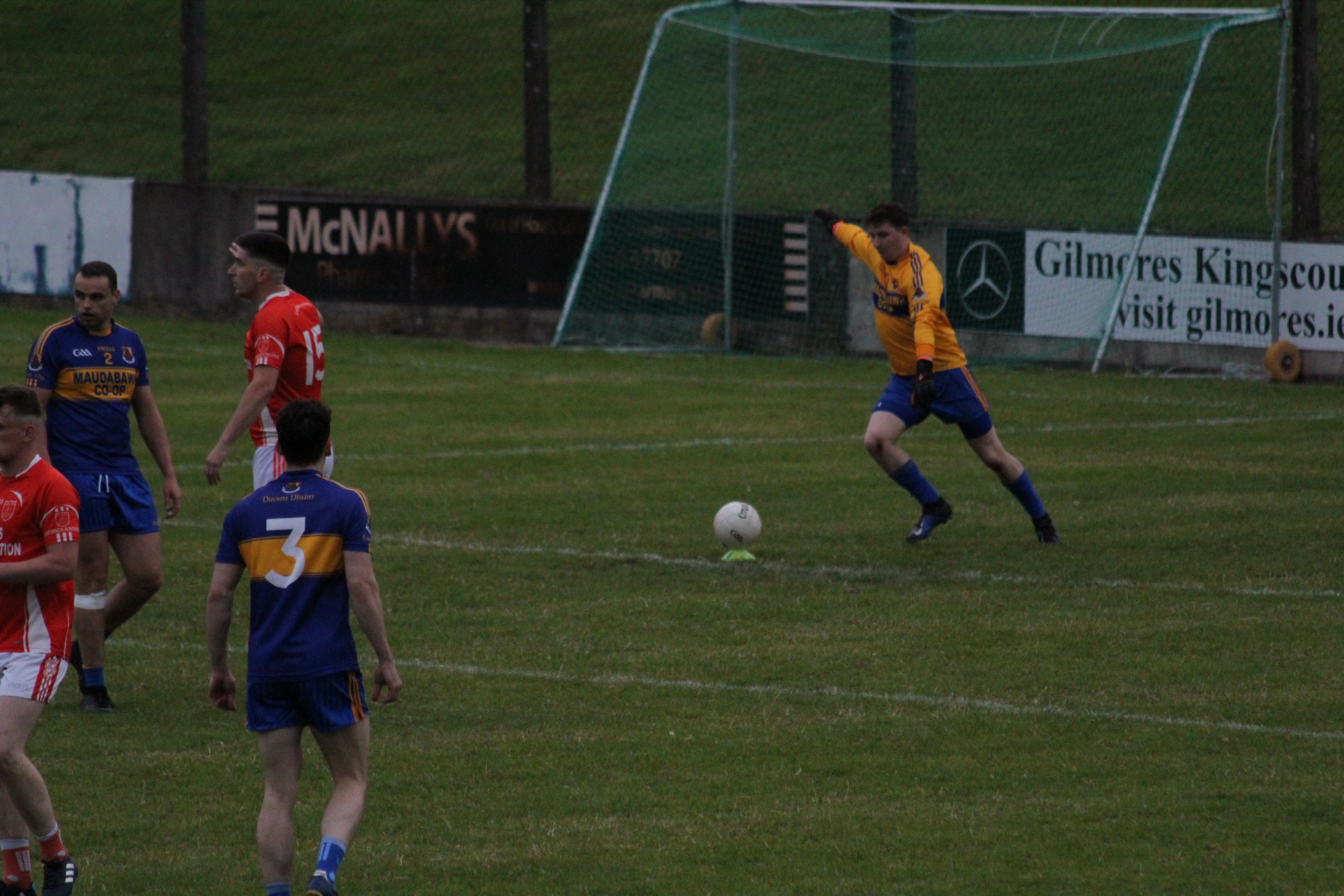