Drumgoon senior men went under to Shercock in Knockbride on saturday evenng last, on a scoreline of Shercock 0- 13 Drumgoon 0-10. Played in pleasant sunshine, both sides played some very good football at times. The game was right in the balance, with only a point between them, when with 5 minutes to go Drumgoon were unlucky to go down to 14 men. Drumgoon were first on the scoresheet when Dean Carroll shot over, following a brilliant through ball from Conor Moynagh. Playing with a good breeze Shercock quickly drew level and good points from Killian Clarke and Niall Clerkin seen them go into half time leading on 7 points to 4. In the second half Killian Clarke continued where he left off, with 2 more accurate frees. Drumgoon hit back with points from Dean Carroll and Keith Fannin, before Conor Moynagh scored a tremendous long range point from play from over 45 metres. Drumgoon were now trying very hard to pull the game out of the fire and managed to close the scores to 11 points to 10. However, in a case of mistaken identity, the referee issued a yellow card to Darren Lavery, followed immediately by a red, as he thought that Darren was already on a yellow, but in fact he wasn’t.  The resultant confusion unsettled the Drumgoon team and Shercock finished strongly with points from Killian Clarke and Niall Clerkin. 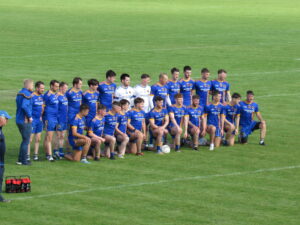 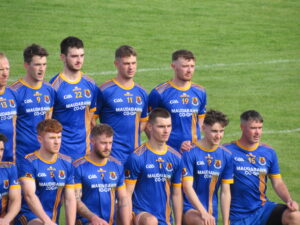 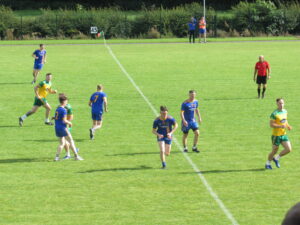 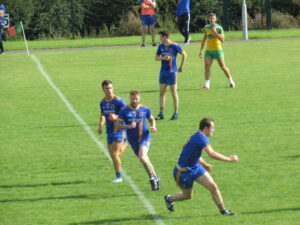 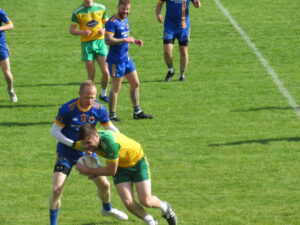 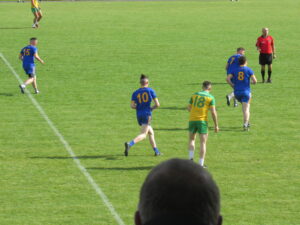 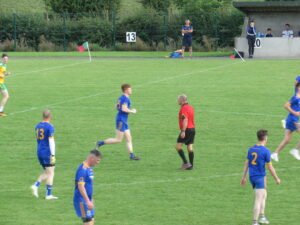 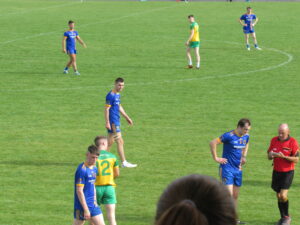 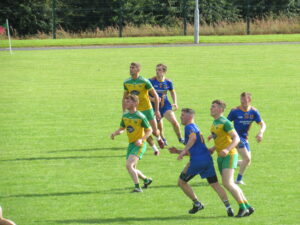 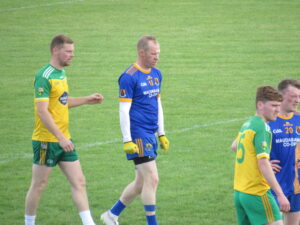 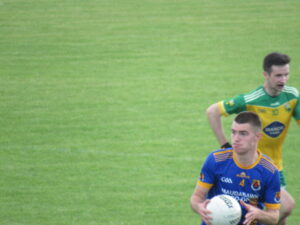 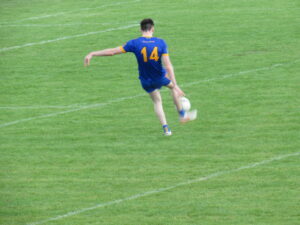