Drumgoon 1-13 - 2-11 Ballymachugh
30 Jul 2022 - 17:30Terry Coyle Park Cavan Gaels
Div. 2 Playoffs, Drumgoon 1-13 Ballymachugh 2-11
Drumgoon got off to the perfect start thanks to three excellent points from an in form Keith Fannin. Indeed it was only the accurate free taking by Ballymachugh that kept them in the game at this stage. Aogan Farrell set up Dean Carroll to palm to the goal and extend their lead,  With half time approaching and leading by 7 points, Dean Carroll blasted a great chance off a post. Ballymachugh converted two more frees just before half time, to leave Drumgoon leading by 5 at the break. Ballymachugh got on top at midfield in the second half and some good support play resulted in two well taken goals, to bring the sides level. From there to the end exchanges were very even. Drumgoon struggled with the kick outs into the breeze and Ballymachugh edged ahead. Despite the pouring rain it was a very good game and both sides gave their all. in the end the boys were unlucky to come up just one point short.
Corey Smith, Darragh Lynch, Enda Shalvey, Daniel Ward, Mark Murray, Darren Lavery, Barry Cooney, Killian Moynagh 0-1, Conor Moynagh 0-1, Dermot mc Cabe, Dean Carroll 1-01, Liam Smith 0-2, Aogan 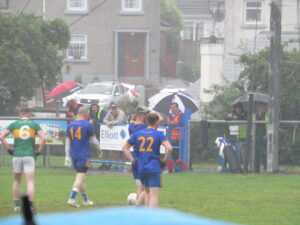 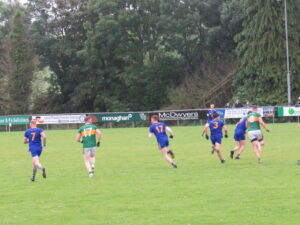 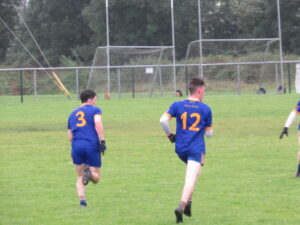 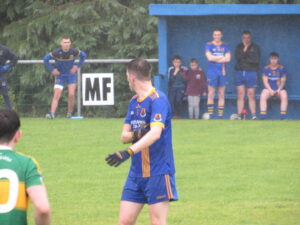 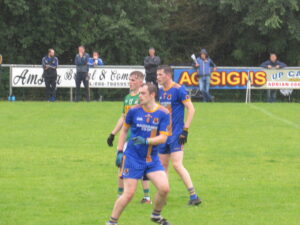 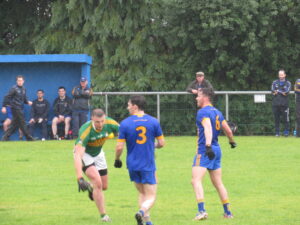 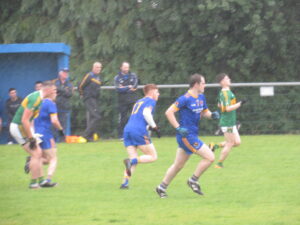