Drumgoon had Cuchullains as visitors to Boyle Park, on Sunday last and duly emerged as worthy winners. Playing with wind in the first half, Drumgoon got off to a good start, when wing forward Aogan Farrell, slotted over after good work, from sweeper Edward Gaffney. Keith Fannin extended Drumgoon’s lead with a well taken free, before Cuchullains opened their account through Brian Magee. With both defences on top, scores were hard to come by. Ryan Craddock was in superb form for Drumgoon at full back, and he was getting good support from Eamon Mc Cluskey and Dominic Donegan. Paddy Smith cut in from the right and extended Drumgoon’s lead before Conor Smith replied for Cuchullains to leave the scores 3 points each at half time. Playing with a strong breeze, Cuchullains soon levelled through Seamus Clarke. A good move started by Jim Mc Nally resulted in Aogan Farrell, shooting low and hard to the back of the net. Despite playing into  a strong breeze, Drumgoon played with great tenacity and commitment and duly held onto their lead to the end. Cuchullains fought back and had points from Evan Doughty, Paraic  Mc Gorry, kept the scoreboard ticking over, and with time running out Paddy Smith coolly finished to the net, much to the delight of the large Drumgoon attendance. Scorers Paddy Smith 1-02, Aogan Farrell 1-01, Keith Fannin 0-02, Paraic Mc Gorry 0-1. Cuchullains: Seamus Clarke, 2, Evan Doughy, 2, Brian Magee 3

Drumgoon emerged victorious also in the B game, Despite playing with a strong breeze, Drumgoon trailed at half time on a scoreline of 1-8 to 0-7. However in the second half they got into their stride and had great displays from Francis Mahon and Conor Bates and Henry Reburn. Scorers:- Adam Bates, 0-10, Francis Mahon 1-2, 1Pt. Each, Henry, Conall, Conor, Adam Crowe & Ian. 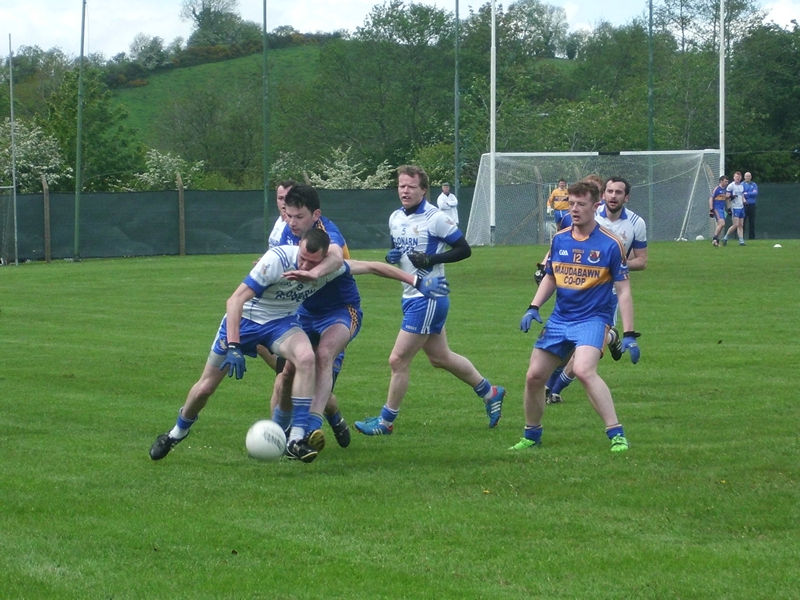 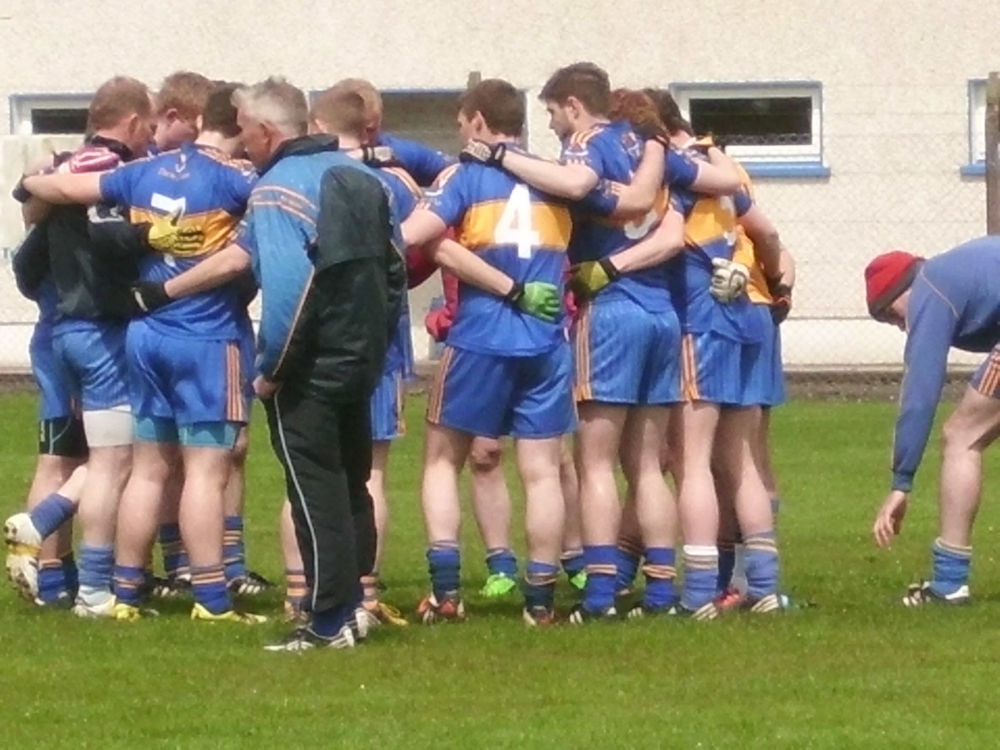 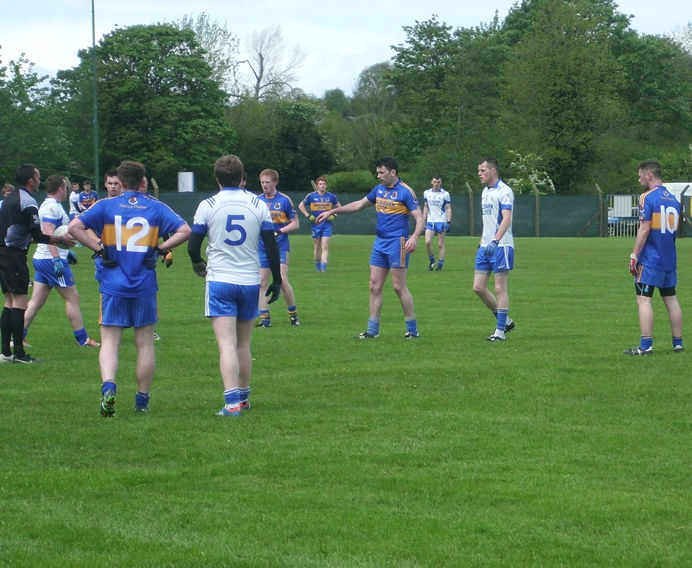