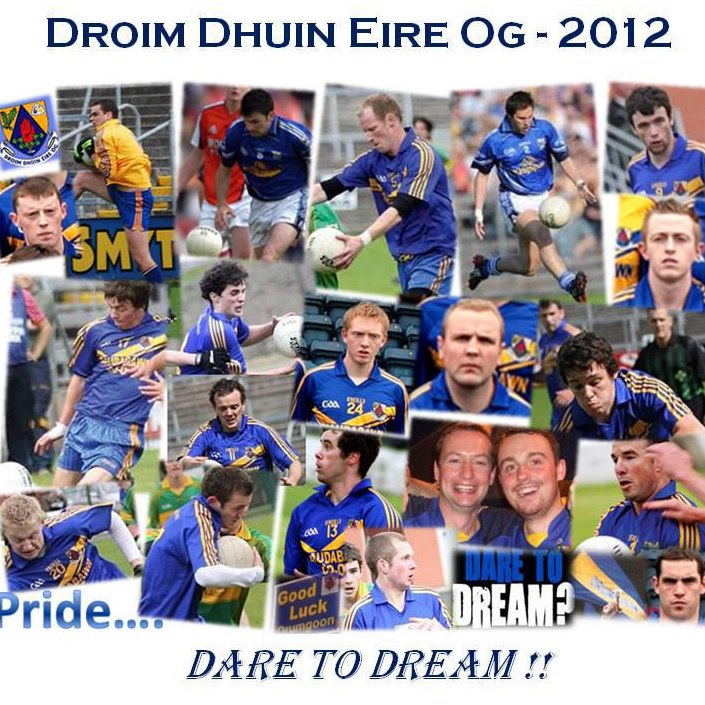 Drumgoon edged a thrilling intermediate football championship final this afternoon at Kingspan Breffni Park to capture the Tommy Gilroy Cup at Crosserlough’s expense. After a brave start, which saw ‘Man of the Match’ Conor Moynagh boot 0-3, Aidan Quigley’s team led by two points at the break, despite conceding an Enda Gaffney penalty in the 12th minute. In the second-half Crosserlough upped their game but ended up ruing missed chances, with only three scorers throughout the hour, as Paddy McCabe’s frees proved crucial to Drumgoon never surrendering their lead and clinging on for a first championship success in nine years. Minor star Conor Moynagh had Drumgoon off the mark within 30 seconds as the underdogs looked to settle in early on. A Barry McKiernan free levelled on two minutes, but it was Quigley’s men whom were firmly on top in the early stages and fine James McDonald point put their noses in front before Keith Fannin picked out Moynagh once more to double the lead. Crosserlough’s first genuine attack was the response and it was Mark Lynch that found Enda Gaffney’s run inside and the corner-forward’s burst into the square was impeded with a push in the back from his marker which saw referee Noel Mooney give horizontal arms. Gaffney dusted himself and buried the ball low beneath Niall McIntyre’s dive to steer the Kilnaleck men into their first lead. Another point from the superb Moynagh squared the sides once more and a slick run and point from centre-back Michael Hannon handed the advantage back to Drumgoon. McKiernan (free) and Niall Fortune swapped scores, before Crosserlough landed their first from play in the 18th minute when outlet Gaffney darted the ball between the uprights. It was the ideal time for the town side to ignite themselves, but instead it was there opponents that kicked on as a fantastic point from Fannin, after the county senior blocked Philip Smith’s clearance superbly, and a Paddy McCabe free ensued over the next ten minutes to close the half at 0-8 to 1-3 in ‘the Goonies’ favour. Drumgoon introduced Aogan Farrell to the fray three minutes into the restart and they picked up where they left off with McCabe stroking over another placed ball five minutes in. Bernard Morris would make changes of his own as he sent on John Lynch and Dara McVeety moments later, and the latter had an immediate impact earning a free in an ideal position for Gaffney to raise another white flag. McCabe brought Drumgoon’s tally into double figures in similar fashion, but the black and ambers had no intention of fading away as McVeety carved out a brilliant pass to McKiernan and the corner-forward sharply turned his maker to shoot over and narrow the difference to two. Drumgoon were in bad need of a scoring reply, but it was Crosserlough that went on to boss the next ten minutes and their dominance would yield a fantastic point from substitute John Lynch, while a few wides let their opponents off the hook as the game entered into its closing stages. Still trailing by the minimum, Crosserlough hunted for an equaliser but came up short and when McCabe got himself impeded in front of the posts the deadly attacker made no mistake in nudging Drumgoon two in front into injury-time. Crosserlough were in sore need of a goal, but were kept out by Adrian Crossan, Michael Hannon and the rest of Drumgoon’s backs whom defended like demons until the very end. A Gaffney free in the dying stages was all that Crosserlough could muster in the end, which left them one short, as ‘the Goonies’ clung on to their one-point lead until the long whistle which saw them clinch the Gilroy Cup for the first time since 2002. Drumgoon: Niall McIntyre; Tommy McKitterick, Adrian Crossan, Edward Gaffney; Philip Smith, Michael Hannon (0-1), Killian Moynagh; Keith Fannin (0-1), James McDonald (0-1); Conor Moynagh (0-3), Jim McNally, Shane Smith; Niall Fortune (0-1), Shane McGorry, Paddy McCabe (0-4, 4f). Subs: Aogan Farrell for S Smith (33mins), Padraig McGorry for K Moynagh (39), Ian Craddock for S McGorry (52mins), Paul Crossan for McKitterick (60mins). 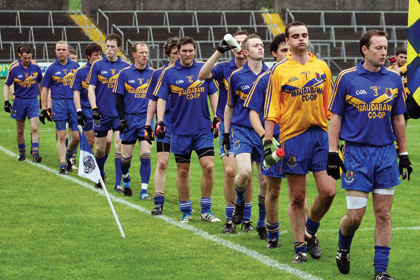